Richard started out as an apprentice electrician working in the commercial sector on construction sites, once his apprenticeship ended he was encouraged to move on to other sectors within the industry.

It is during his training and working on site as an electrician that Richard developed his strong technical understanding of the job, but also his strong work ethic which he has carried with him through to the birth of RKEC which Richard setup as an electrical contractors in 2006.

Richard invests into his team, both through training and tools, which, as you will see from the other members on the team page has meant the team are loyal, approachable and dedicated to great customer service.

When he is not in the office or on site, Richard loves driving ridiculously fast on track days, with many trophies taking up residence in the office. 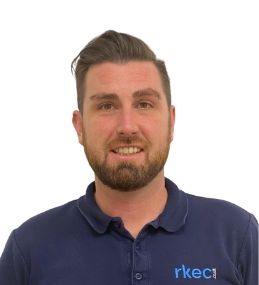